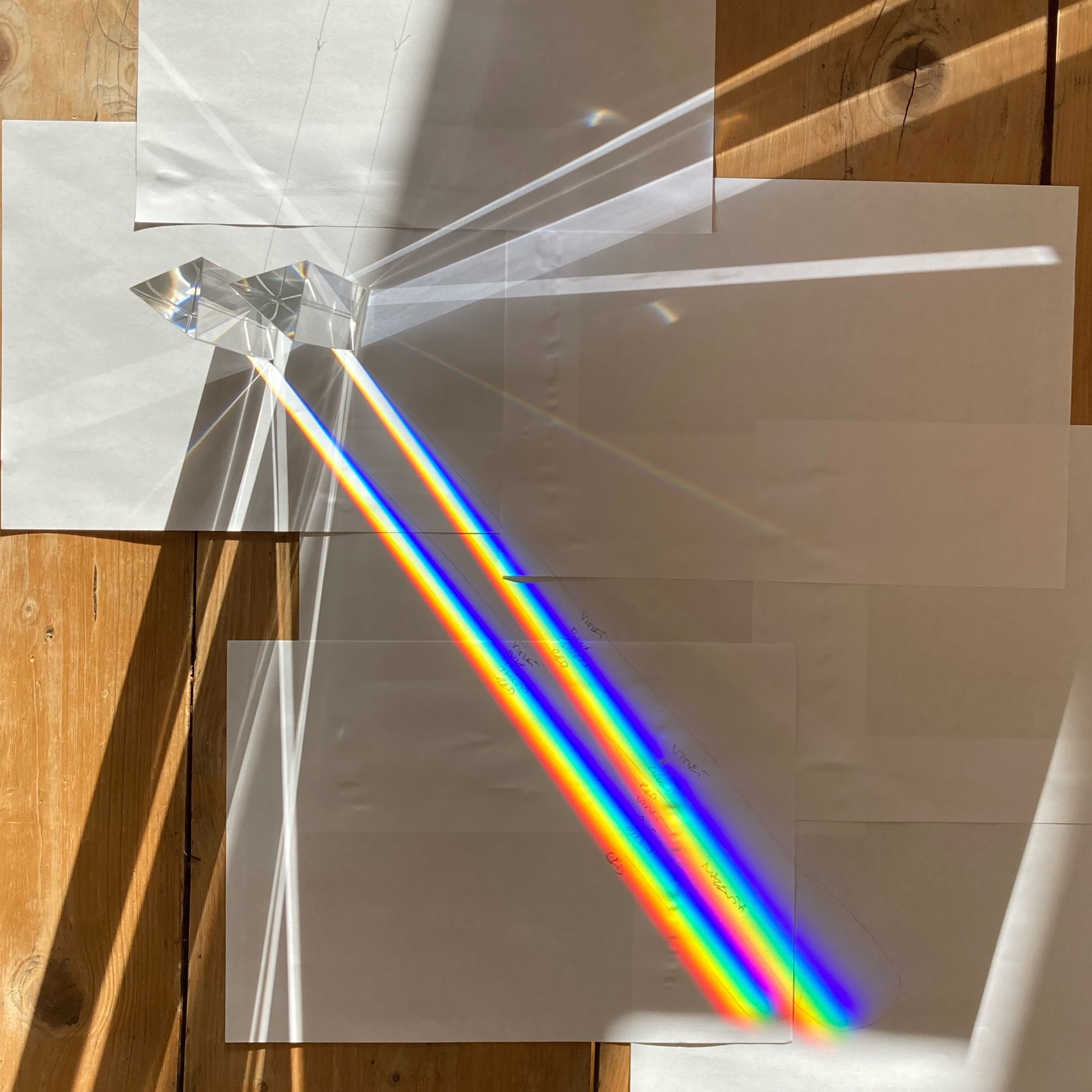 This exhibition put things in perspective without being a retrospective. It evokes light, colour, iridescence and leads to the visual experience as well as the relationship of the spectator with space.

The importance of movement is underlined by plastic works such as those made by Lucien Bitaux, where movement is integrated in the spectator moves. Pe Lang creates a moving picture thanks to an engine, allowing him to explore the coloured variables of the light spectrum. Then the many tones of colour spread out. as well as the range of their fluidity, and the rainbow of their polychromy through the pieces Natalia de Mello, Alistair McClymont and Flavien Théry’s deconstruction of white light.

At last, the optical phenomenon birthing iridescence is unveiled. The word stems from the ancient greek word Iris, that refers to the rainbow, a recurring motive throughout the whole exhibition. As a phenomenon that fascinated humans since ages, it is also a starting point for many mythologies and symbolics. One of the first founding myths is the one of goddess Iris in the greek mythology. Goddess of dawn and twilight, she sets up the communication between the domain of the gods and the domain of humans. She symbolises dialectic, conjures violence and naivety, and gives birth to a new kind of being.

The political stance started by kinetic artists in the 1960’s who broke their ties with the big modern principles, are turning the boundaries of art upside down while reconfiguring the traditional “relationship between the piece and the spectator” in order to “give the spectator a major participation”. The figure of the rainbow, as a fragile and ephemeral motive, and the issues questioned by artists like Verena Friedrich, are making us ponder on human vanity and the profound transformation of Man and his relationship to his natural environment through the prism of technologies. The fate of humans in this reconfigured relationship, is drawn with the advent of&nbsp; new dialectics between humans, living things and nature.