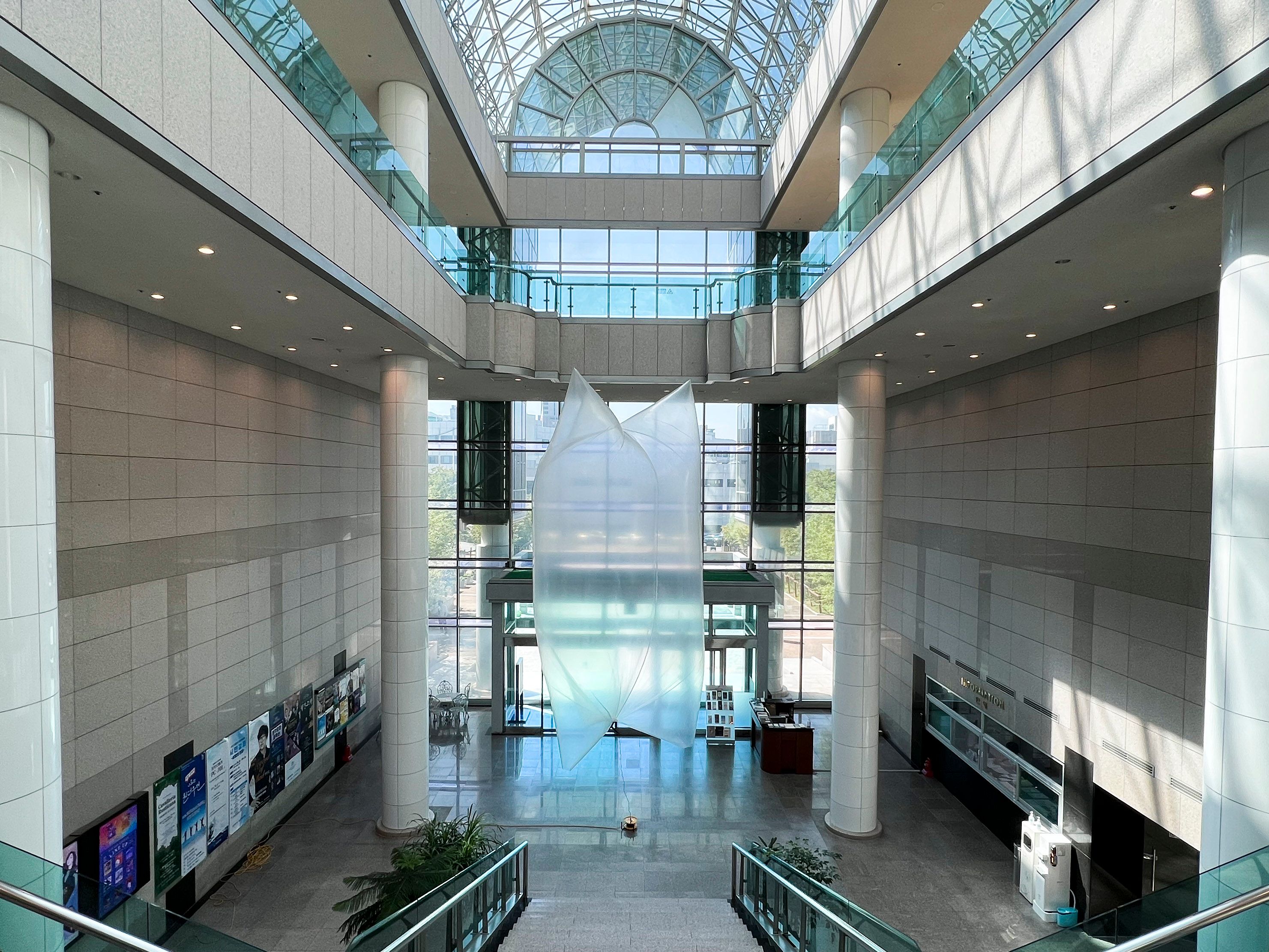 The 2022 Changwon International Sculpture Biennale is located on the southern coast of South Korea, Changwon is a bustling city of industry, trade and art. The Changwon Biennale is sponsored by the Ministry of Culture and Tourism and organized by the Changwon Cultural Foundation. Since its founding in 2010 it has grown to become a world-class art festival.

The theme for this year’s biennale is “Channel: Wave-Particle Duality.” We hope to reinterpret the idea, taken from quantum physics, that human life and natural life are not separate entities, but a single unified being that circulates and coexists with one another.

Artists from around the world were asked to develop work during a residency period. The artworks Standard strings and Uncertain Circles and In winter I will fly were both created in South Korea during this residency.