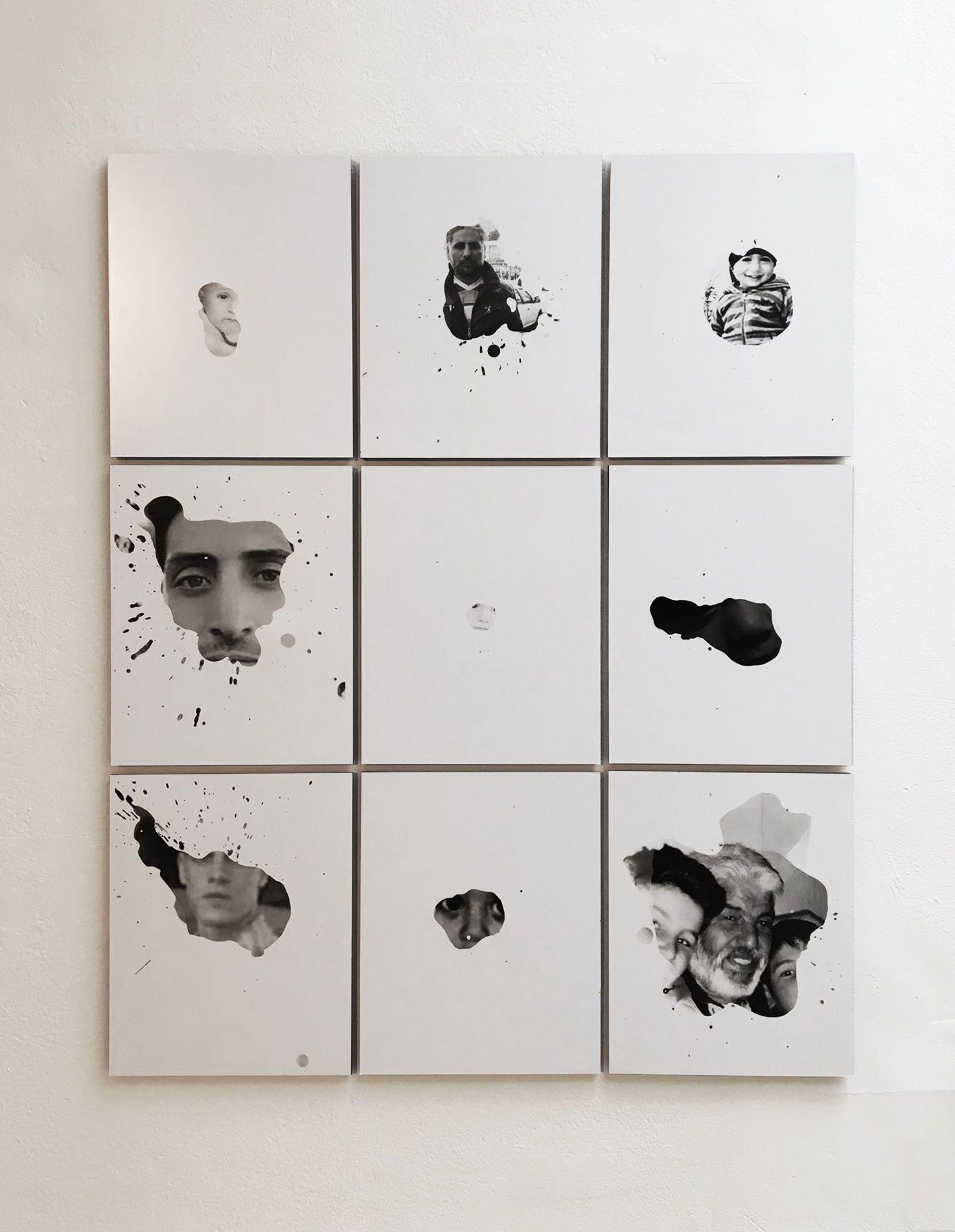 This project is intended as an act of witness to the civilians, many of them children, killed in airstrikes during the civil war in Syria. This death toll continues today largely unnoticed by Western media and unreported elsewhere. The work consists of 100 photographic prints, each one representing a day that air strikes killed one or more civilians in Syria. The images were collected by researchers from Airwars, an NGO that monitors and assesses civilian harm from airpower-dominated international military actions. A carefully calibrated quantity of developer, representing the number of deaths on each day, was used to develop each image. The larger the image, the more deaths occurred on that day.

Airstrikes continue to cause civilian deaths in Syria, however the period between October 2015 and April 2016 saw an unprecedented intensity of civilian casualties as a result of Russian airstrikes. Researchers have identified 784 confirmed civilian casualty incidents in this period, all allegedly involving Russian aircraft. Between 3,895 and 5,354 civilian non-combatant deaths are alleged to have resulted from these 784 incidents, although the actual number of civilian deaths from Russian strikes is probably much higher.

Moscow continues to deny killing any civilians in its continuing air campaign in Syria.

The reports of civilian deaths are drawn from Syrian monitoring groups, from news media and social media, from militant and rebel groups, and via local and international NGOs and news organisations. These have been cross checked where possible against official Russian military releases. We acknowledge that deadly airstrikes are also carried out by the so-called allied forces in Syria involving the US, UK, and France. This work does not therefore mean to imply that responsibility for civilian deaths lies with Russian and Syrian forces alone.