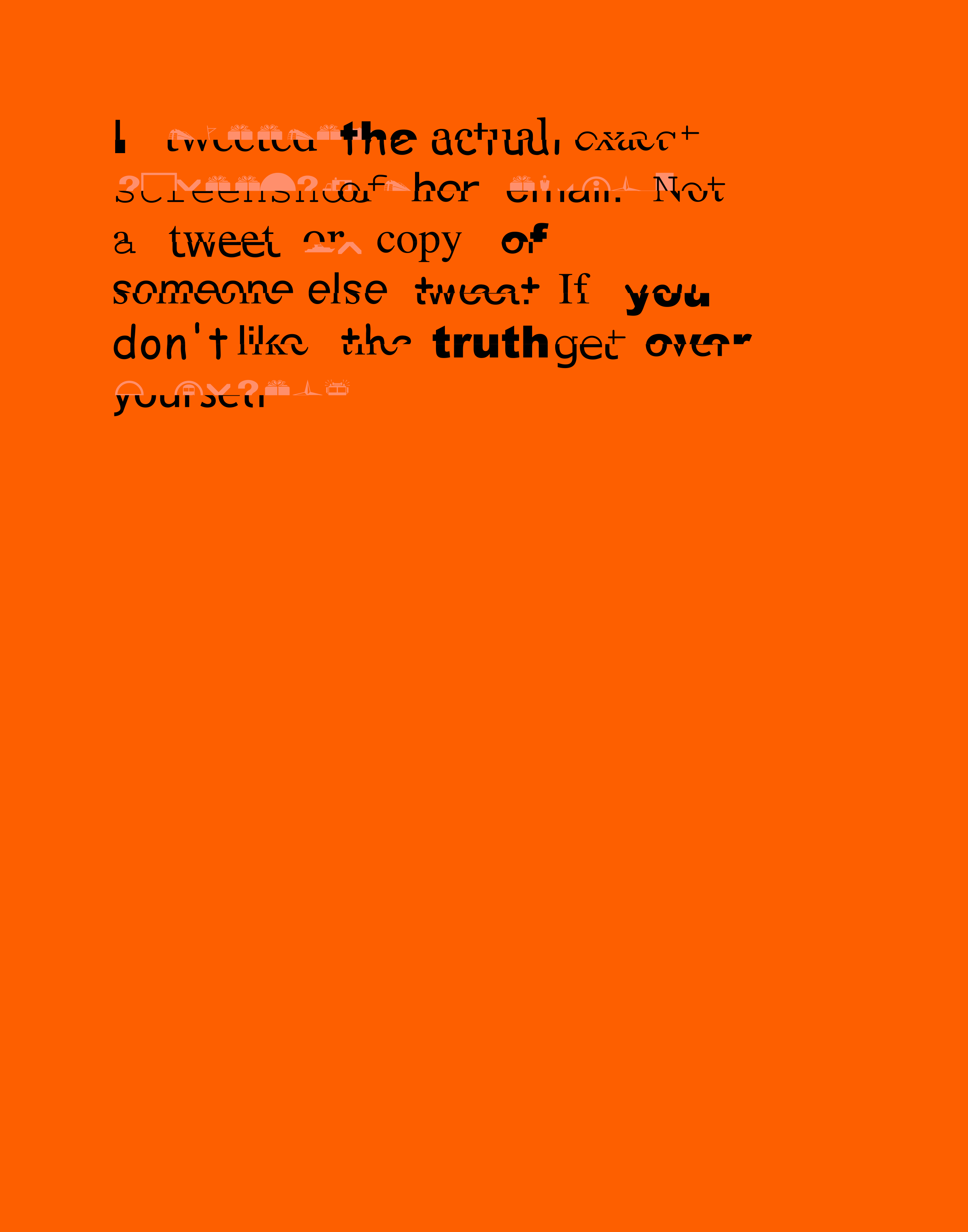 In 1996 Microsoft created Core Fonts for the Web to create a standard set of fonts for the internet: Andalé Mono, Arial, Arial Black, Comic Sans MS, Courier New, Georgia, Impact, Times New Roman, Trebuchet MS, Verdana and Webdings. These became the only fonts you could dependably use across any computer when creating a webpage. The explosion of webpages in the late 90s saw the internet become a place of diversity, information and a new source of knowledge. Today there are no restrictions on font use on the internet, it has matured in many ways and now strongly competes with print.

aFakeTruth.com uses the fonts of an optimistic past, an adolescent period of the internet where dissemination and democratisation of information seemed progressive and positive. aFakeTruth.com shows the current reality of the internet by displaying live tweets, switching between search terms “fake” and “truth”.